How the New Treatment Plant Process Protects Our Community

Every process has a backup for redundancy and reliability 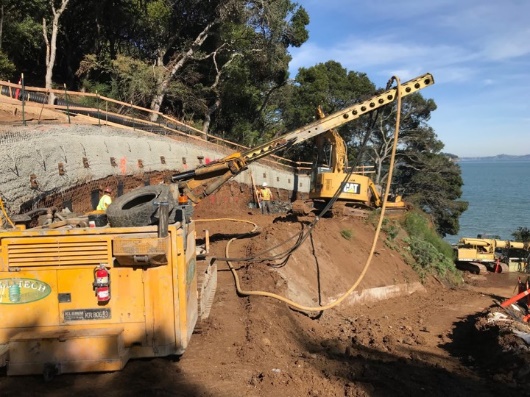 Special drilling machine used to install hundreds of soil nails about 20 feet into the hillside for stability. 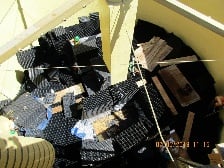 Demolition of the plants four sand filters which were only capable of tertiary treating 1 MGD. These were replaced with disc filters with greater capacity and improved treatment. 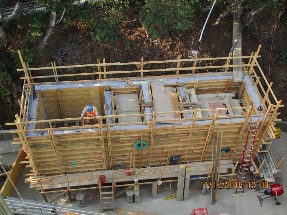 Construction of the disc filter structure which replaced the sand filters for improved tertiary treatment. 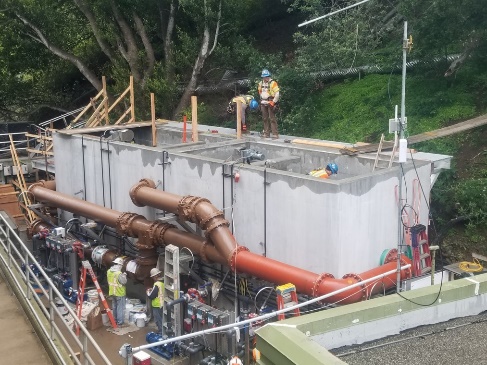 Construction of the disc filters for improved tertiary treatment. 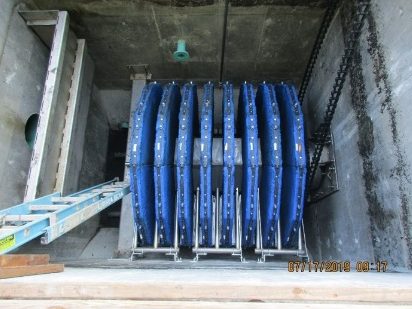 Disc filter cloth is capable of removing particles as small as 5 microns. A human hair is 50 microns wide. 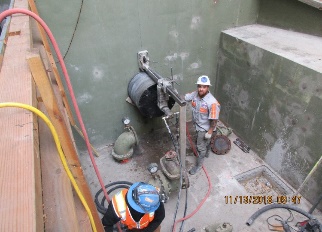 Coring hole for new disc filter pump station which is used to pump water to the disc filters. 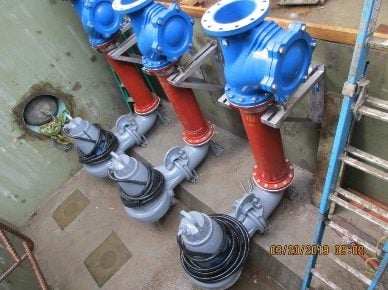 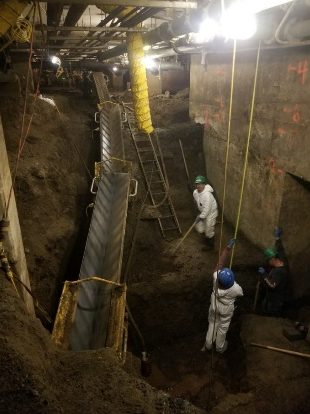 Excavating under the causeway in order to deliver flow from the new primary clarifier to secondary treatment facilities. This work was performed over 10 feet below sea level. 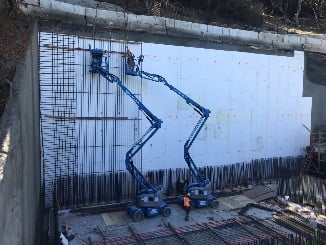 Construction of the first wall of the 600,000 gallon equalization storage basin. 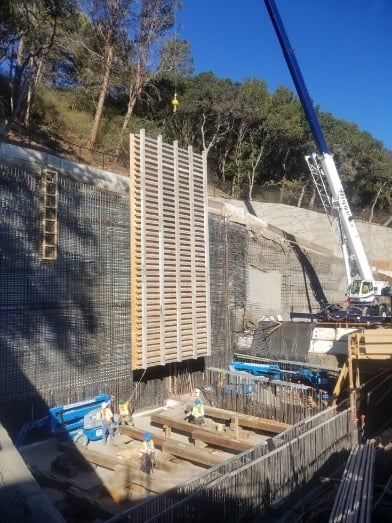 Framing of the equalization storage basin wall which required 30 inch thick concrete at the bottom. 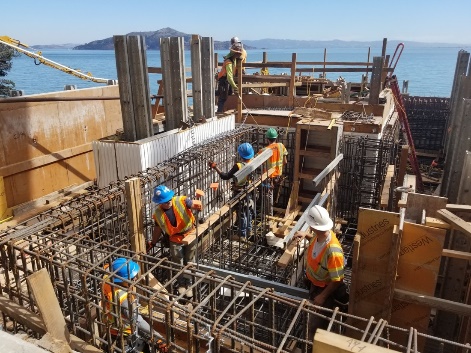 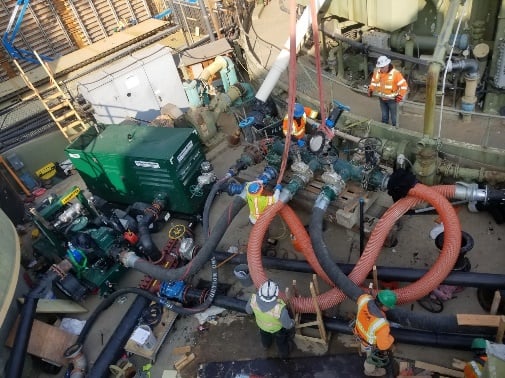 A major bypass was required to support construction on the fixed film reactor pump station. This work increased pumping capacity by 50% for secondary treatment. 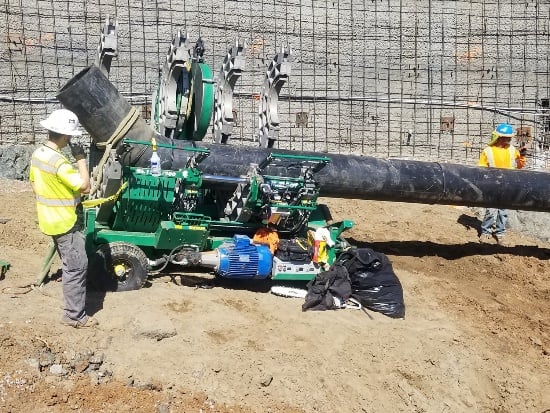 High density polyethylene (HDPE) pipe being fused together for the primary clarifier. 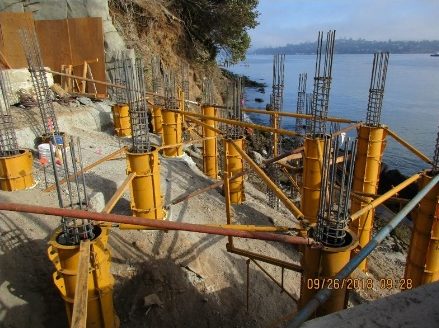 Pier forms used for the plant's turnaround and staging area. This is an expansion of the existing causeway. Piers were drilled about 20 feet deep into bedrock. 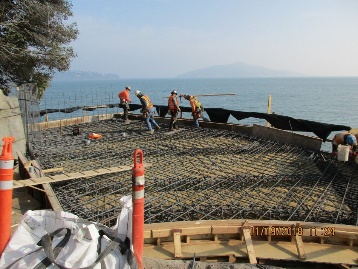 Causeway expansion (turnaround and staging area) being formed for concrete. 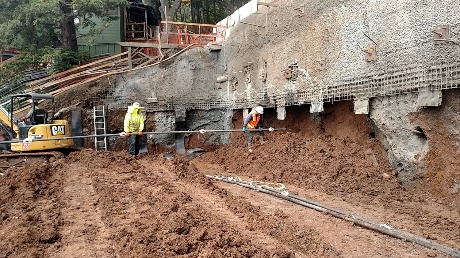 This is the lower soil nail retaining wall which was constructed to make room for the equalization storage basin. 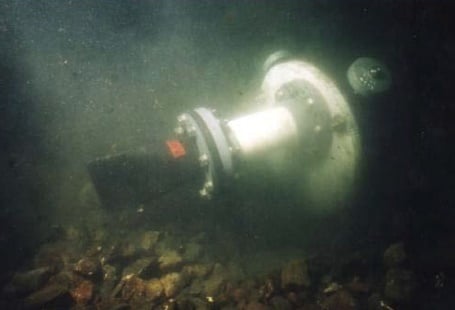 The diffuser at the end of the outfall where the fully treated and disinfected wastewater is released to the Bay. 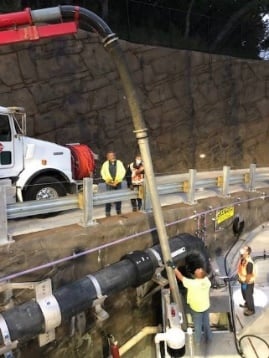 A vactor truck is being used to remove accumulated grit and grease from the primary clarifier. 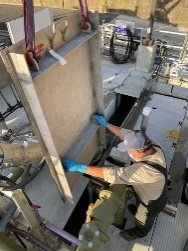 The new Headworks allows for the isolation of equipment by the use of gates during routine maintenance and repairs. 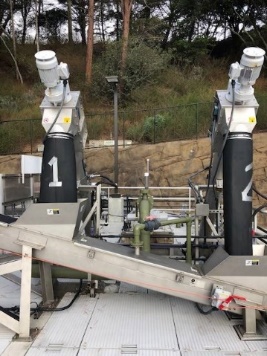 Debris captured at the spiral screening is moved through the use of a screw conveyor to a solids waste bin. 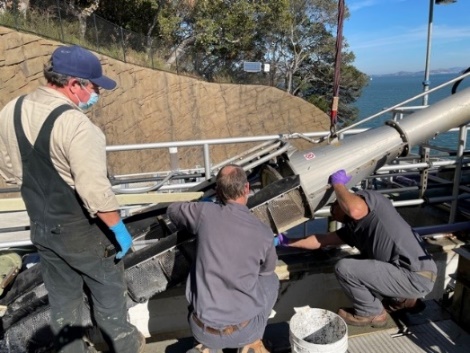 Operations & Maintenance Staff inspecting one of the spiral screens in anticipation of wet weather. 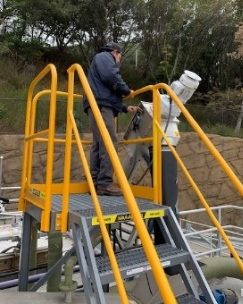 The rags and debris now captured at the spiral screens are inspected to prevent clogs and ensure removal at the top of the screens. 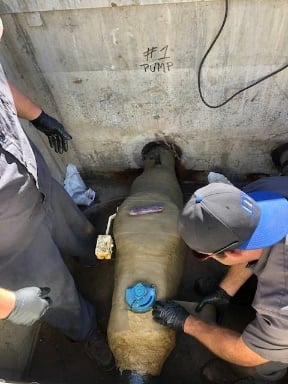 Operators are protecting and wrapping pipe and valve equipment from corrosion and water exposure. 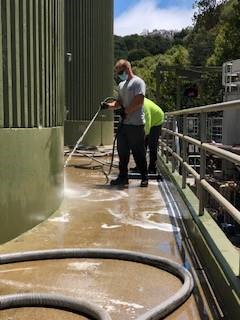 Operators are shown here maintaining all the walking and common areas. 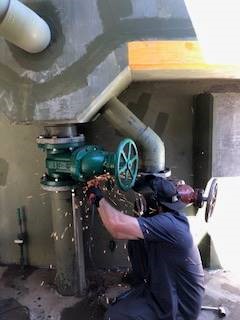 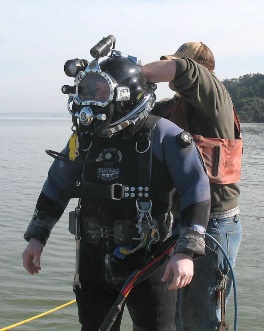 An outfall inspection diver suiting up.

Stay informed with updates about important environmental and wastewater issues, including how to dispose of household hazardous waste and more.